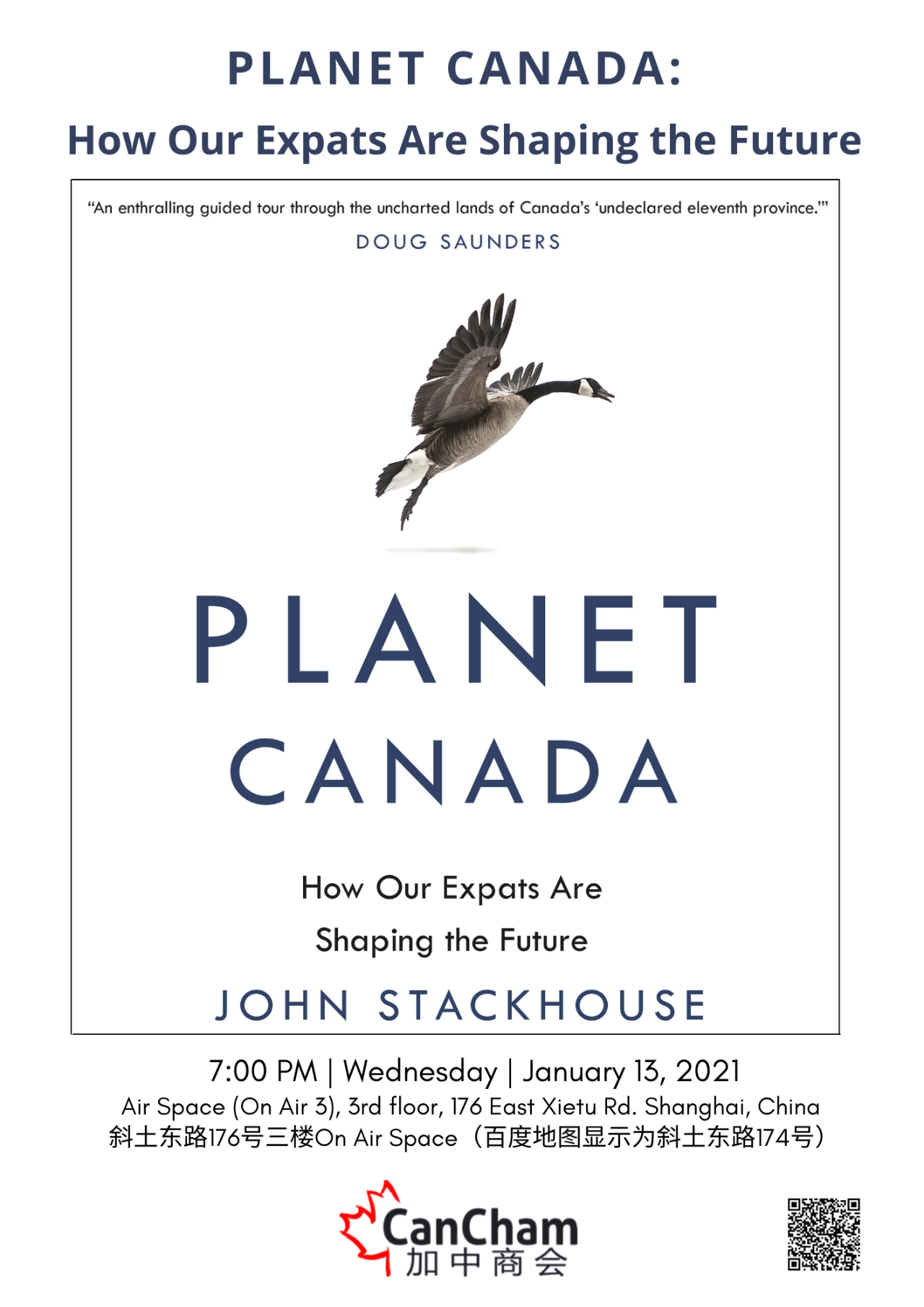 Jan 13 | Planet Canada: How Our Expats Are Shaping the Future

The Canadian Chamber of Commerce is honored to host this incredible event about John Stackhouse’s book Planet Canada.

“When a citizen leaves their country, it isn’t a loss of one, it’s a gain of ten. But, only when that citizen is properly connected.”

-John Stackhouse, Senior Vice-President, Office of the CEO at RBC.

The institutional age is dead. The network age is thriving. In this reality, what countries previously criticized as ‘brain drain’ needs to become ‘brain networks’ if a country is to thrive.

In his new book, Planet Canada, John Stackhouse argues that when Expats are connected to their country they become a node – a channel of knowledge and connectivity that leads to exponential impact.

In Canada’s case, the ~2.8 million citizens living overseas represent a potential impact equivalent to ~28 million people. At a time when Canada’s presence on the global stage continues to shrink, the value of these Expats to the future of the Country and to one another is so great that it has seeded the idea of an 11th province: Canada’s virtual province.

Join us for an evening with John Stackhouse as he introduces examples of countries such as Israel and Ireland that successfully punch far above their size by working with their Expat networks. Join us for a dialogue on what this might look like for Canada and its Expats.

Please note that the guest speaker John Stackhouse will be present ONLINE from Canada at this event.

Prior to joining RBC, John spent nearly 25 years at the Globe and Mail, where he served as editor-in-chief, editor of Report on Business, and a foreign correspondent in New Delhi, India. Having interviewed a range of prominent world leaders and figures, including Vladimir Putin, Kofi Annan, and Benazir Bhutto, he possesses a deep understanding of national and international affairs.

John is the author of three books: Out of Poverty, Timbit Nation, and Mass Disruption: Thirty Years on the Front Lines of a Media Revolution. Planet Canada is his fourth book.