2- What is in an employment contract

Working in China as a foreign national is a great experience for many. However, when employment issues arise, it can quickly become a nightmare. Over the years, I have noticed that the misunderstandings and questions are recurring. Thus, I created this series “Working Abroad in China” which explores and discusses some key matters foreign employees should know. The last article explored the basics. In this second article, the content of an employment contract will be discussed.

Below is the mandatory information that must be included in an employment contract under Chinese jurisdiction:[1]

Training, probation, confidentiality and non-competition clauses are not mandatory but may also be included in the contract. Training is uncommon for foreign nationals in China and will not be further elaborated in this article.

Most employment contracts have a probation period clause during which it is easier to terminate the contract. The length allowed for probation varies with the length of the contracts, the longest possible being six months for a contract of three years or more. During probation, the wage can be lower than post-probation. Nevertheless, it cannot be lower than minimum wage and 80% of the post-probation wage or the wage for the same position. It is important to note that there can only be one probation per employee, even when changing position. Below is the maximum probation length according to the employment contract:

Confidentiality is also a relatively common clause and usually a requirement to have a non-competition clause. More specifically, the non-competition:

“…shall be limited to the senior managers, senior technicians, and the other employees who have the obligation to keeps secrets, or employers. The scope, geographical range and time period for the non-compete shall be stipulated by the employer and the employee…”[2]

Non-compete are very important clauses since foreign nationals often have limited employment opportunities in China and thus restricting their scope of work has a considerable impact on their employment opportunities. Employees must read and negotiate this clause carefully as to find their precise scope and receive proper compensation. As a reminder, if an employee is violating his non-compete, the employer can request the employee through labor arbitration to stop the infringement and to pay penalty for breaches or damages.

Compensating the employer, in one way or another, is a popular clause in contracts with foreign nationals. In many cases, it can hardly be enforced but used as a deterrent to those who are unfamiliar with the labor law of China. There are only two cases in the Labor Contract Law where the employee shall pay a penalty for breaches of contract: breaching a training or non-competition agreement.[3] Liabilities for damages, which is different from a breach, remains possible for causes such as not respecting a confidentiality agreement and dual employment. A penalty for a breach stipulates costs in the contract, whilst liabilities for damages require the damage to be substantive and the employer should prove it.

Besides these exceptions, according to national law does not recognize penalty for breach of labor contract, whether agreed between the two parties or not. Thus, the nefarious clause stipulating a breach for not completing an employment contract is invalid. A properly drafted clause would be additive rather than subtractive such as receiving an annual bonus.

There are only two cases in the Labor Contract Law where the employee shall pay a penalty for breaches of contract: breaching a training or non-competition agreement.

There are other clauses a foreign national may consider adding in his employment contract to protect himself.

Any form of additional compensation must be clearly stipulated. If there is a bonus or commission, how much is it? How is it calculated? Is there a 13th month wage? It should be in the contract. It must be assumed that anything beyond statutory requirements that is not clearly stipulated in writing is an option rather than an obligation.

That concludes the second article of this series. In short, foreign nationals should be careful what they sign, in terms of both the obligations they accept and of the protections they should have. Believing sweet words thinking the employer can be trusted is a recipe for disaster; everything must be in writing.

This article is a vulgarization of laws and regulations and does not constitute legal advice. The author is not responsible for any loss caused by using any information provided in this article. For more information please contact Normand@Laodongfa.com.For all intent and purpose, the term China in this article refers to the People’s Republic of China.

[3] Senior Executives may have other obligations and duties under the Company Law of the PRC, this article does not explore this topic. 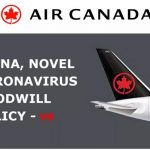