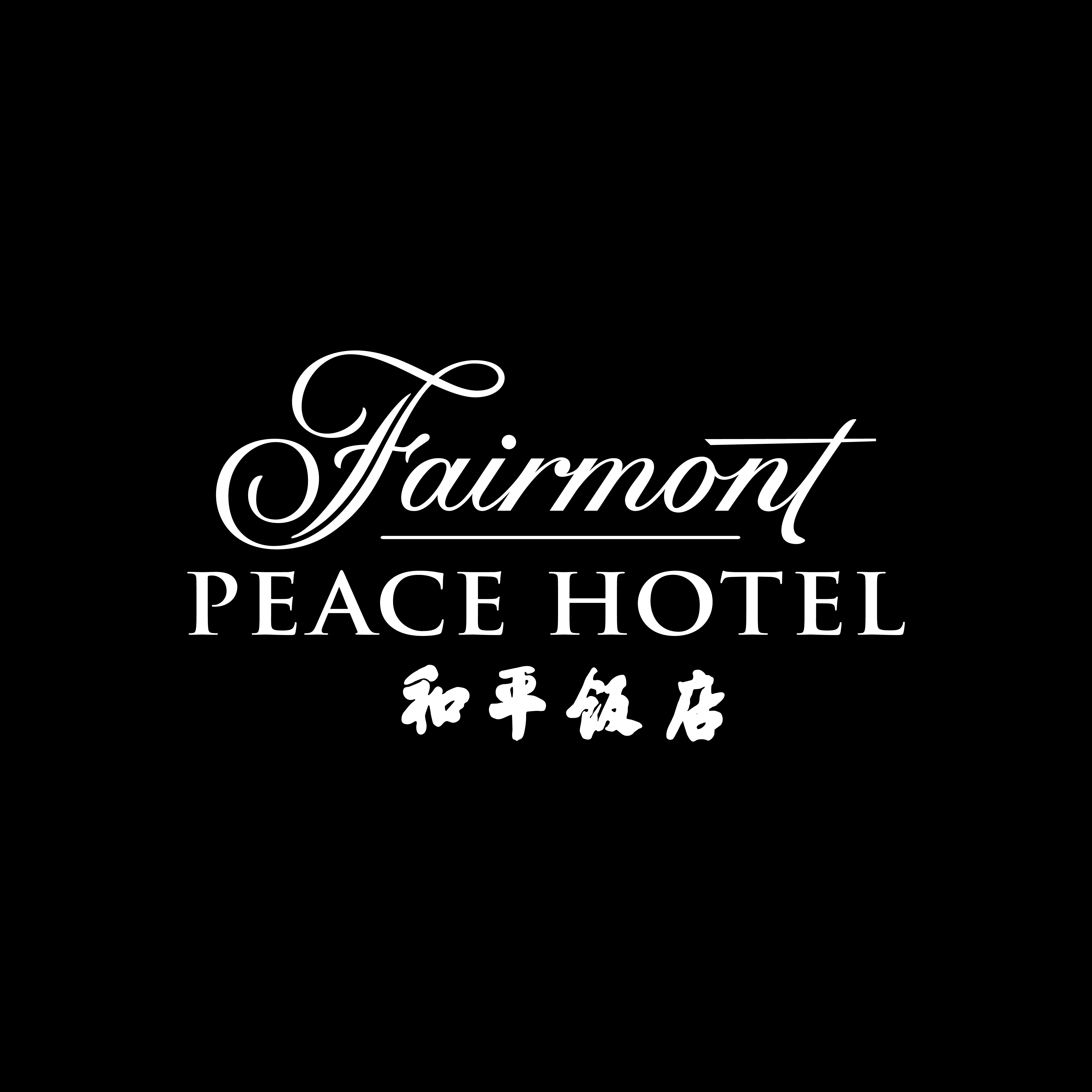 The story of the Fairmont Peace Hotel is also the story of Shanghai, one of the great cities of the world, the “Paris of the East”, the “Pearl of the Orient”. Once, the Fairmont Peace Hotel was The Cathay Hotel and it was the most glamorous hotel of 1930s Shanghai. It stood beside the Huangpu River, at the corner of the Bund and Nanjing Road, the most famous address in Shanghai. The guests at the Cathay Hotel were the famous and infamous – adventurers and travelers, members of the Shanghai and Shanghai lander families, the swanky, the chic and the talented, artists, diplomats and celebrities – the elite of the world. The Cathay Hotel to which they came was “the most beautiful hotel in the Far East”. It was a world of luxury and state-of-the-art amenities.

It shimmers with the years that have made history. The green copper pyramid of the Fairmont Peace Hotel stands as witness to the style and energy of Shanghai and to the promise of China.

Dragon and Phoenix, the fabled beasts of wondrous beauty, strength and immortality, are now represented in Chinese culinary art at the heritage Dragon Phoenix restaurant at the newly restored Fairmont Peace Hotel, promising a nostalgic and impressive venue for guests and business associates.

Originally founded by Sir Victor Sassoon in the formerly named Cathay Hotel, Dragon Phoenix was renowned as the finest Chinese dining establishment in China offering unrivalled excellence in both culture and gastronomy. Tables were booked a year in advance, except for the Emperor’s Table, which was for invited guests only. More celebrities were rumored to have dined here than at any other restaurant table in the world.

Cathay Room Restaurant has been amongst Shanghai’s premier dining venues since the 1930s, not only for its food delicacies but also for its status as a much celebrated, prestigious social institution.

Originally remodeled as the Grill Room in 1933, the Cathay Room is where hotel founder and eccentric global traveler, Sir Victor Sassoon, dined with his cultured friends in true style. Global leaders, celebrities and socialites have come here to experience perfect fine-dining, enjoying the exceptional quality of service and unsurpassed Bund panoramas. Today, the revived Cathay Room embodies the same values of culinary vision, service superiority and social dining grace. The art deco-inspired Cathay Room serves guests throughout the day in a refined yet relaxed environment. Our Chef selects the finest seasonal ingredients from organic and ecological producers for these inspired creations to satisfy our guests’ taste buds with a dash of haute cuisine flair.

The Jazz Bar at the Fairmont Peace Hotel is widely celebrated as a Shanghai institution. Originally conceived as an English-style pub with a live band, the bar was so famous for its jazz music during Shanghai’s roaring 1920s and 1930s ‘Jazz Age’ that it became known around the world simply as “The Jazz Bar”. Then, as it is now, the bar was so in tune with the upbeat vibe of Shanghai that it became a must-visit destination for all travelers to the city.

Jazz music and classic cocktails remain the star attractions at the newly revived Jazz Bar, which now assumes its original location just off the lobby, on the ground floor of the Fairmont Peace Hotel. While the iconic live music venue has been modernized in its décor and has been fitted with the latest audio and lighting technology, it still retains its original feel as a rustic bar.

Reviving the 1930s sounds of the bar, the six veteran musicians – whose average age is 82 – make up the world-famous ‘Old Jazz Band’.  The renowned group has been a fixture at the Peace Hotel since 1980, playing for dignitaries, celebrities, travelers and jazz lovers alike.  For decades they have drawn an audience of locals, international travelers, celebrities and heads of states such as former US Presidents Bill and Hillary Clinton and Ronald Reagan, and more recently, Justin Trudeau and Barack Obama.

Willow Stream Spa, Fairmont Hotels & Resorts’ signature spa brand, opens its third location in China at the legendary Fairmont Peace Hotel on the Bund, a beloved landmark whose history overshadows that of any other hotel in the Far East. Drawing from the hotel’s storied legacy as a cross section of East and West, Willow Stream Spa is the quintessence of modern Western and traditional Chinese philosophies in a setting equally lavish and luxurious.

Just as the landmark hotel served as glamorous playground, so will Willow Stream Spa be an energizing social hub for Shanghai. The 1008 square metre spa is specially designed with spaces for socializing and quiet relaxation. It features an integrated fitness centre, a yoga studio, a sky lit indoor swimming pool, a tranquil reflexology lounge, nine single suites and two couples’ suites each with its own private hydrotherapy, bathing and lounging areas.

All therapies at Willow Stream Spa are “energy inspired” featuring prestigious international spa brands like Eve Lom and Aromatherapy Associates. We believe to find your supreme energy surrounded by an awe-inspiring view on the rooftop of the famed Fairmont Peace Hotel is the ultimate Shanghai experience!